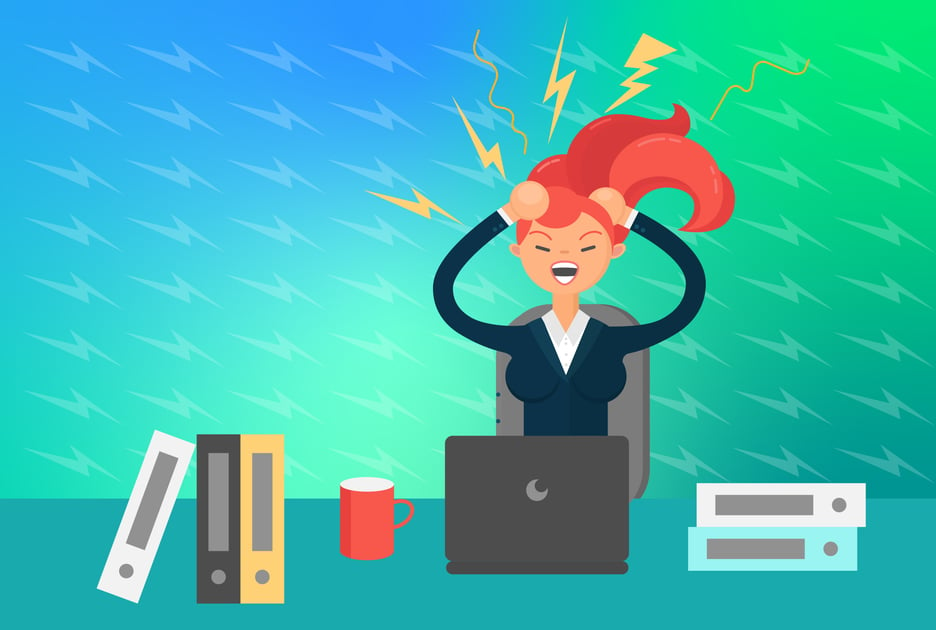 In recent years the game has changed for crisis management. The public has certain expectations for a company's response to a PR disaster or potential crisis. Those expectations include things like swift response, open and honest communication, and open dialogue through social media. Never before have people been able to reach out directly to a brand so easily as they now can through platforms like Twitter and Facebook.

Over the years we've seen the good, the bad, and the ugly of crisis management through social media. Here I wanted to highlight 3 examples of big brands who successfully handled true disasters and potential crises through deft use of social media.

The Southwest Flight 345 that landed nose first at LaGuardia is an example of a big brand who knew exactly how to handle a crisis through social media. Quick response time and open, honest communication on Facebook and Twitter were key in helping the brand control the story and maintain good faith with its customers.

Here are a few other examples of their Facebook and Twitter posts just minutes after the accident, promising updates (which they followed up immediately with statements and information): 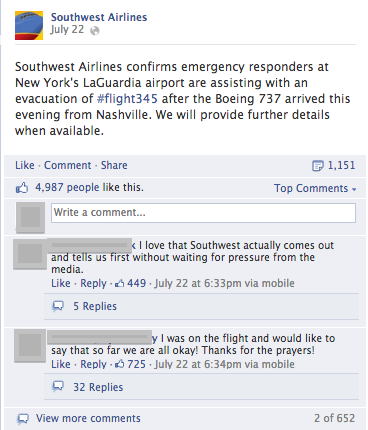 Most of the comments from fans included notes of support and appreciation for Southwest's open communication and quick response.
Southwest has a long history of responding appropriately to crises through social media, and the crisis planning of their communication and PR team is evident.
Lesson learned: Have a PR plan in place, including social media response, with clear roles and scripts for those who need to respond immediately to a crisis.

Sometimes social media can be the cause of a PR crisis. Just take this Twitter snafu that the American Red Cross quickly handled back in 2011. This is every marketer and social media monkey's worst nightmare: accidentally firing off a personal tweet on the company's Twitter account. This kind of thing can happen easily when one is using Hootsuite on a mobile phone, for example (which is exactly what happened here). Red Cross responded brilliantly. The rogue tweet from @RedCross went like this:

You can imagine how a tweet of this nature would make an honorable humanitarian organization look bad. How did Red Cross respond? With transparency, humor and good grace.

Now, deleting a tweet isn't always the best idea since a) if you have a big audience who notices these things, it can look shady when you delete things and b) anything "deleted" can surface to haunt you later, especially on social media. But, Red Cross did the right thing by acknowledging that the tweet went out, they deleted it, and explaining with humor that it was all a mistake. It never turned into a major crisis.

They didn't stop there, though. Red Cross went beyond that response and turned a potentially harmful tweet into an opportunity for engagement. They took to their corporate blog to explain the situation, show their humanity, and engage with fans and followers. The employee who made the mistake 'fessed up to it on her personal Twitter account in the same manner, with humility and humor.

Lesson learned: Be careful using Hootsuite! And, be honest with your fans/followers when you flub-up. Social media folks are very forgiving, as long as you don't use dishonest tactics to hide your mistakes. That is the ultimate no-no when handling crises through social media (or offline too, for that matter!)

Sometimes a small issue can come out of nowhere, and initially seem harmless and unworthy of response. Thus is the case with the JC Penney Teapot that looked like Hitler. Did you hear about this one?

A user on the social bookmarking site Reddit posted a remark about JC Penney's new teapot baring a slight resemblance to Adolf Hitler. The remark didn't remain isolated to Reddit for long, and JC Penney was forced to response after The Telegraph ran with the non-story:

Although this wasn't a crisis, JC Penney wisely chose to respond while not taking itself too seriously. They realized that a small issue like this could quickly turn into a social media PR crisis if handled improperly.

@jcpenney responded to hundreds of tweets about the evil teapot with a standard, light-hearted message:

The whole debacle turned out to be a pretty good thing for JC Penney. The teapot sold like gangbusters.

Lesson learned: Be sensitive to the power of social media. Even a small issue like a silly comment or an unintentional coincidence that gets picked up by others on social media can quickly snowball into a PR crisis. Address even small complaints from your fans or others with grace and good sense.

What crisis management moments have your company responded to through social media engagement? How did it turn out? Share your thoughts and stories in the comments below! 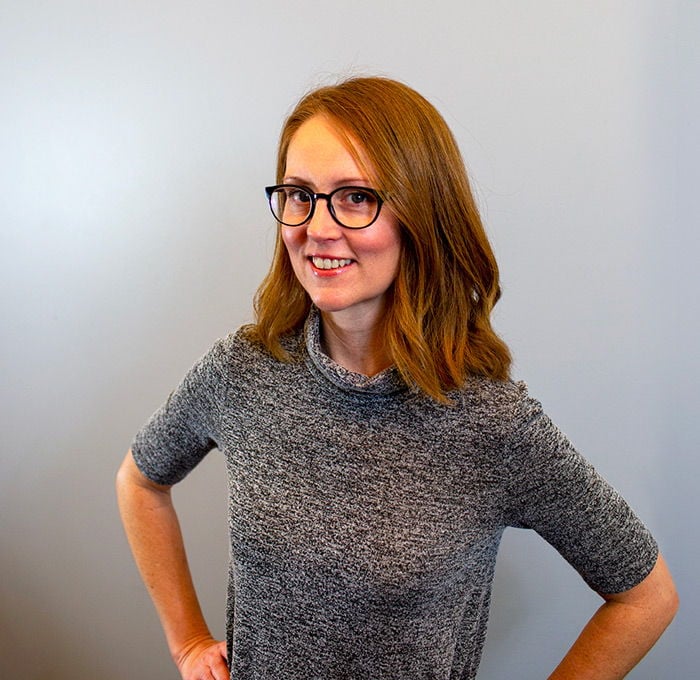