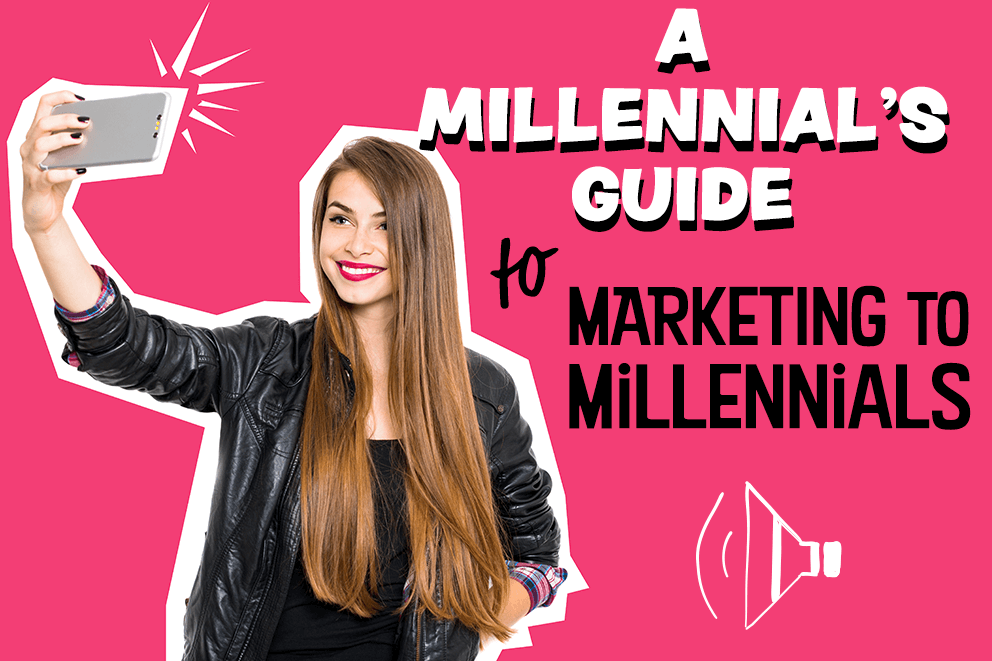 There’s no doubt about it — we don’t have the best reputation. We’re glued to our phones, can “selfie” better than the rest of ‘em and know Twitter like the back of our hands… but probably can’t change a flat tire. But hey, who can blame us? We grew up in a world where we were socialized to become reliant on technology and all of its benefits.

That being said, despite all of the swirling controversy surrounding millennials and how we function in modern-day society, there’s no denying that we are one thing: tech-savvy. We’re not naïve to the common marketing ploys, so in order to reach us, you must succumb to the latest and greatest trends and become “one of us.” Here are four ways to do just that:

Advertising has come a long way from irritating pop-ups that would consistently lie to us, convincing us that we had won an all-expenses-paid trip to Disney World (I’m still a little bitter about it). Companies are more creative nowadays, and some have learned to appeal to our generation by utilizing popular social networks. If you use Snapchat filters, you’ve likely noticed that a new sponsored filter is featured at least once per week. These filters can be used to promote everything from a new movie to a new item on the Taco Bell menu. Nothing says “successful advertising” like someone taking a photo with a face shaped like a taco.

Increasingly more and more companies are jumping on this bandwagon, and at this rate, Snapchat isn’t going anywhere.

This is something that seems to be catching on rapidly. Hashtags are popping up anywhere and everywhere, but are they being used the right way? According to Hootsuite, the purpose of a hashtag is to “be more focused on a conversation where you would like to engage.” A great example of this is DiGiorno Pizza’s Twitter account (@DiGiornoPizza), as they tweet pizza-related content during every popular event imaginable on social media — the GRAMMYs, Wrestlemania, the season finale of The Walking Dead, you name it.

While simply using the hashtag #insertcompanynamehere isn’t going to help you gain any serious traction, if you enter into an already booming conversation online, you’re bound to experience some sort of results.

3. Interact with potential customers and tag them in posts.

There’s been a significant shift in recent years when it comes to the personalization of companies on social media. Well-established businesses that once seemed so powerful and apathetic to the thoughts and the concerns of the customer are now using Twitter and Facebook as a way to humanize their brand (while also doing damage control if a customer is unhappy). For instance, McDonalds (@McDonalds) has a reputation for speedy responses to any customer that had a negative experience at one of their thousands of locations.

It’s not all bad, though! Customer engagements can be fun, too.

For example, companies can search public tweets and unexpectedly jump in on conversations about their products/services. A company notorious for customer interaction is Chipotle, more commonly known as @ChipotleTweets in the social media world. Not only do they respond to virtually every tweet they are mentioned in, but they further personalize their tweets by employee name.

Every millennial loves a good GIF! Now that both Twitter and Facebook have implemented GIF keyboards on to their sites, responding with an animated message is the new normal. Why? GIFs can better articulate a thought than words can. A company that tastefully applies GIFs to its content is Starbucks (@Starbucks), which has accumulated nearly 12 million followers on Twitter. Starbucks even goes the extra mile and creates their own animated GIFs to promote new menu items and unique offers.

If you have an opportunity to apply this to content, both professional and informal, it certainly makes for more engaging, light-hearted material that a younger audience is more likely to embrace.

There you have it! Although finding your footing within some powerful social networking tools may seem overwhelming at first, just give it time. The more you expose yourself to these platforms and best practices, the more you’ll notice significant growth within your target audience of millennials.

(Just don’t adopt any of our ridiculous slang terms)